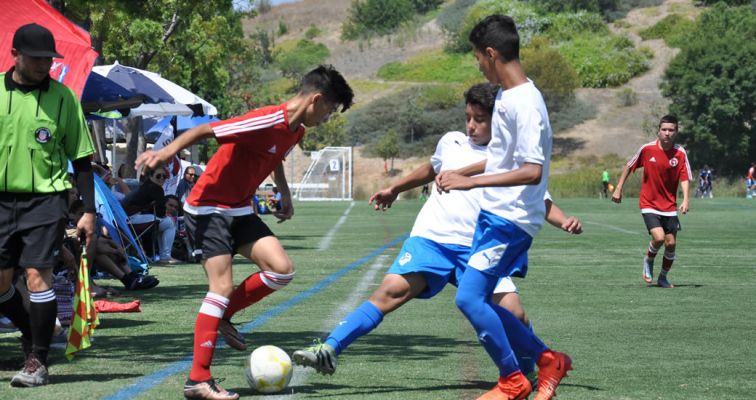 SAN DIEGO – (July 30, 2017) –Club Tijuana Xoloitzcuintles can claim another successful event north of the border. Another community engaging exercise was completed with the second annual Xolos International Cup in San Diego this past weekend.

More than 50 teams competed in the high-caliber tournament played at three locations in San Diego County. Alliant University, Challenger Middle School and 4S Ranch Sports Park hosted matches. Boys competed in the Under-9 to Under-17 categories. There was also an Under-19 men’s bracket and three girl’s brackets (Uner-9, U-10 and U-13).

It was the second edition of the Xolos Academy FC tournament in San Diego, featuring some of the top teams in Southern California and from South of the border.

The tournament also had special visitors with coaches from Club Tijuana’s reserve teams keeping an eye on players in case there was talent worthy of being part of the “Fuerzas Basicas” in Tijuana.

And to make things fun for the athletes, Club Tijuana’s official mascot the Xolo Mayor paid a visit to the games at 4S Ranch Sports Park. He even helped with the coin toss in one of the first-round matches. Members from the official Club Tijuana cheer squad were also there to support the teams. They posed for photos with players and family members while adding to the atmosphere. The Xolo Mayor visited every field during his visit much to the joy of the young athletes.

Here is a list of the 2nd Xolos International Cup champions: