SAN YSIDRO, Calif. -Club Tijuana Xoloitzcuintles added another milestone to its eight-years of existence Saturday afternoon thanks to its woman´s team.

The club’s woman’s team played to a 4-3 come-from-behind win against visiting L.A. Villa FC of San Fernando in a Week 2 match of the Women’s Premier Soccer League (WPSL) at San Ysidro High.

Club Tijuana mounted the comeback with four-second half goals to answer a 2-0 La Villa FC lead, starting with Molina’s first of the afternoon in the 66th minute. The Xolas had a handful of scoring opportunities in the first half and early in the second but could not convert plays into goals. Rodenbaugh said it was a bit frustrating for her team but her girls figured out how to overcome the odds.

“All of them said at the same time ‘hey, this can’t be happening’ not just that you’re losing,” Rodenbaugh said about the team’s halftime talk. "You’re losing when you're dominating and you’ve had five, seven opportunities in front of the goal and you miss them all and the other team has two and they score them both. So it’s very frustrating and so we talked about mental obstacle and a mental block.

"The moment we get that first goal in then the rest are going to come. And that’s exactly what happened. So it’s very important that they were able to concentrate and everybody at the same time get on that same page, same intensity.”

Molina tapped in her second goal off an Inglis Hernandez heel pass to cut the visitor’s lead to 2-1. Molina tied the match when she tapped another ball on a breakaway to tie the match 2-2. The Xolas took a 3-2 lead when Castañeda buried a shot from just inside the penalty box. Aguas added a late goal for a 4-2 lead.

The win gives Rodebaugh’s squad its first points in Pacific South League standings. The Xolas is the only team representing a Mexican First Division club in the WPSL, which occupies the second tier on the United States Women’s Soccer pyramid.

Club Tijuana made its WPSL debut last week with a 4-0 loss against visiting Beach FC, the defending league national champions. The Xolas will next travel for its first road match when it visits Legends FC May 30.

The WPSL fields 70 teams with players from different clubs, colleges and universities. The Xolas have players with experience at the national team and university levels.

Players such as Fabiola Ibarra and Carolina Jaramillo. They both featured Mexico in the recent Under-20 World Cup in Canada. Ibarra was called to Mexico’s 2015 FIFA World Cup senior team roster earlier this week.

The Xolas squad also includes players who have won local and national championships. The Xolas also include players who live or attend schools in California. Goalkeeper Itzel Gonzalez is one of them. She studies at the University California San Diego (UCSD). 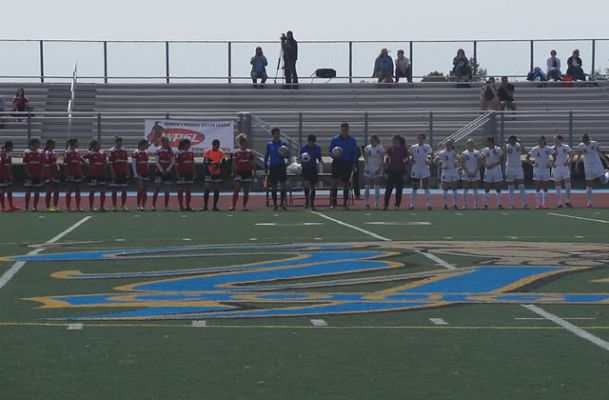