A VISIT WITH A CAUSE 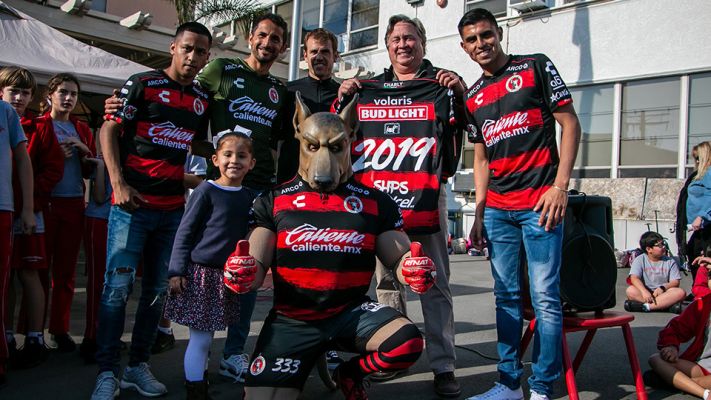 That was the message Club Tijuana Xoloitzcuintles players and part of team management shared with students at the Sacred Heart Parish School Tuesday in Coronado.

Joe Corona, Luis Michel and Antonio Nava were the players that visited the Catholic school to help spread the message behind the Golden Rule: “Treat others like you want to be treated.”

The trio of players and Sporting Director Roberto Cornejo led the event that included hundreds of kids who heard about the importance of antibullying.

Peter Harris, the principal at the school was pleased to host the team and its message.

“It’s a great honor to have the team and the players come to our school,” Harris said. “One of the biggest challenges that we face as educators is the kids being kind to one another, treating each other with respect. They look up to the players as role models and to have players come here from teams they admire helps us with our mission to educate the students.”

Corona helped with that mission as he visited classrooms with students from the upper grades while Nava mingled with kindergarteners and first graders, both sharing the message “say ‘no’ to bullying.” Nava passed out Club Tijuana stickers and coloring sheets to the youngsters. Team mascot Xolo Mayor helped out with the distribution and helped animate the students.

“It was good to be able to spend some time here at a school in San Diego where I’m from,” Corona said. “It was a great experience.”

“It was a good experience to come into a class and speak with the kids,” said Nava, the young Xoloitzcuintles striker. “It’s nice to see how they look up to you. It was good that they listened to what we had to say.”

The event proceeded with the three players gathering in the school’s quad. That is where Cornejo introduced the players and spoke about treating others well.

“It’s a topic that affects everyone,” Cornejo said about bullying. “When we were little, we were bullied at one point or another. It’s important for the kids to hear that and to be able to talk to them about kindness, patience and treating others how they want to be treated.”

Michel, the goalkeeper, was treated to handshakes and hugs by the students. He gave back by posing for photos and signing team memorabilia. He also shared a message.

“Chatting with all the kids helps to teach them a lot about how bullying affects them,” Michel said in English. “The important thing is that they care about their classmates and that they treat every classmate with respect.” 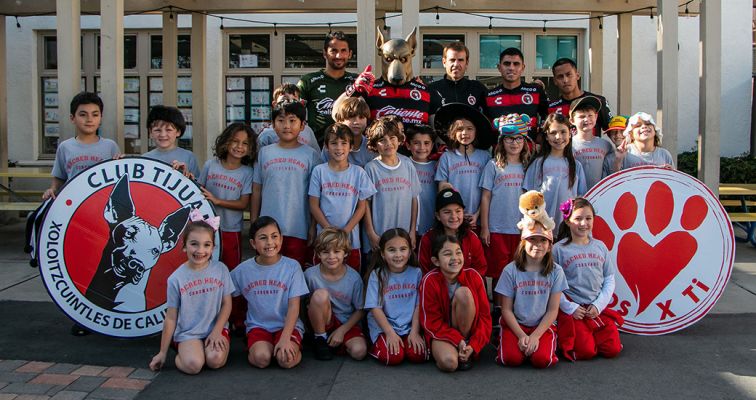 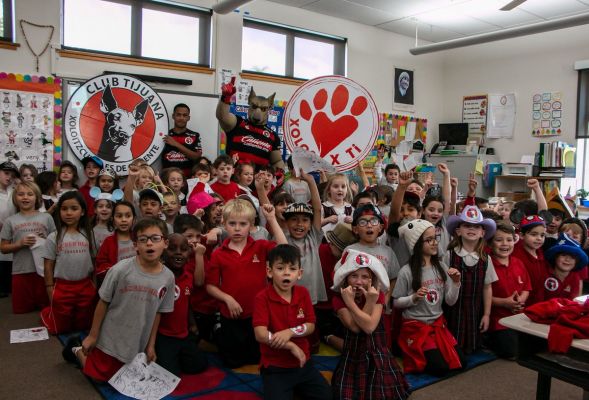 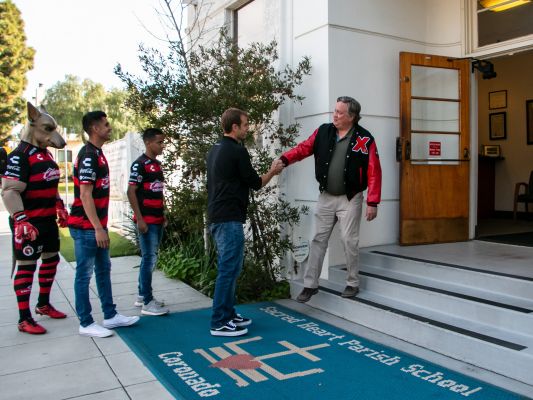