UNDER-16 BEATS MATRIX AT HOME

The win that can change everything

CHULA VISTA- It was one of those wins that can turn a season around. Like a script from a Disney sports movie, Xolos Academy FC Boys Under-16 had to dig deep and produce that extra bit of effort and right at the end it all paid off.

"I feel the team did great, we gave it our best effort," said Xolos Academy FC U-16 goalkeeper Alden Marroquin after a busy day in goal defending the Xoloitzcuintles' net. "When we all put in the effort it feels great to get a win.

"This win means a lot, we lost the last few games but hopefully this win gives us the confidence to win the next few games."

Isaquiel Lara found the time and space to shoot the ball over the opposing goalkeeper's head and into the back of the net with only a few minutes left on the clock. The Xolos Academy FC boys had fought very hard to keep the visiting Matrix team off the board as it pressured almost all game long. Marroquin was required to produce several high quality saves in order to prevent his team from going down on the scoreboard.

"It's definitely a huge boost," said coach Matt Emmert after e match about his defense keeping a clean sheet against Matrix. "We gave up three goals in each of our last two games, so shutdown a team like Matrix it really is a boost of confidence to the keeper and the back line."

The visiting Matrix had is one of the division's top teams while the Xoloitzcuintles U-16 boys had been struggling lately. Making this win all the more enjoyable.

"The guys are feeling great after that game," Emmert said. "We improved a lot on some mistakes we had made over the past few games."

The Xoloitzcuintles Under 19 squad ended week three with a 5-0 win against Matrix at Hilltop HIgh.

Xolos Academy FC had extra space and control of the game after finishing with a one man advantage. The Xoloitzcuintles were able to jump out to a quick 2-0 lead within the first five minutes of the match.

Coach Matt Emmert has noticed a progress in the team within three weeks in the season.

"We have definitely improved defensively, mentally , we started faster, we didn't  allow ourselves to get frustrated or anything,” Emmert said. “As well the possession of the ball it has been better."

The Under-19 squad has had a good start this season, having confidence and showing improvements through the games. Emmert said the team has a steady base with players that make the team stronger. Kevin Favela was the author of two the five goals scored along with Joey Alvarez, Erik Garcia and Luis Serrano.

Meanwhile, both Xolos Academy FC’s Under-13 and Under-10 squads suffered losses at home on Saturday morning to Sporting SD and Albion SC. 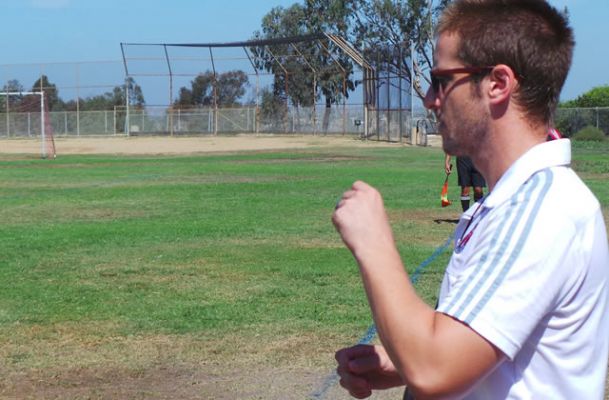