The Club Tijuana forward had to think about it. He didn’t immediately know where to rank another milestone in his career. The Club Tijuana Under-20 player had just helped the United States Under-20 team qualify to the FIFA 2015 World Cup in New Zealand.

Where did that moment rank in his career?

“I’d put this (win) right up there with my debut goal in my debut with Xolos against Club Tijuana at Petco Park,” Arriola said on the phone from Montego Bay Sports Complex in Jamaica Saturday. “Those two are right next to each other. Such a great feeing. It’s been a moment I’ve been looking for a long time.”

It didn’t take long for Arriola, who scored in a 2-0 U.S. win against El Salvador in a playoff of the CONCACAF Championships, to thank his teammates for being able to reach this point in his career. Teammates made it easier for him to assimilate.

“It’s like we’re back home, see the same faces and learn a lot from your teammates,” said Arriola, a Mater Dei High grad and Chula Vista native. “(Fernando) was my roommate so I was with him the whole time. At times you’d forget you are in Jamaica and not in Mexico. I was more comfortable coming into camp because I knew the players but having Xolos teammates is great to have them by my side. It’s a great atmosphere for us that we create.”

Requejo played every minute of the tournament. It was en experience he said will benefit as he returns to play with Club Tijuana.

“It was a great experience and challenge to see these type of opponents,” said Requejo, the Carpinteria, Calif. native. “Different than what you might see in Mexico.”

Requejo looks forward to being part of the World Cup team this summer, especially after making one of the toughest decisions of his life just months ago. He chose to turn pro straight out of high school. He graduated seven months ago. Now he could be headed to a World Cup.

Jose Alberto Garcia was another Club Tijuana player helping his team reach the Under-20 World Cup in New Zealand. The Xoloitzcuintles striker was part of Mexico’s Under-20 squad that won the CONCACAF Championship to clinch a direct spot in the 2015 World Cup. 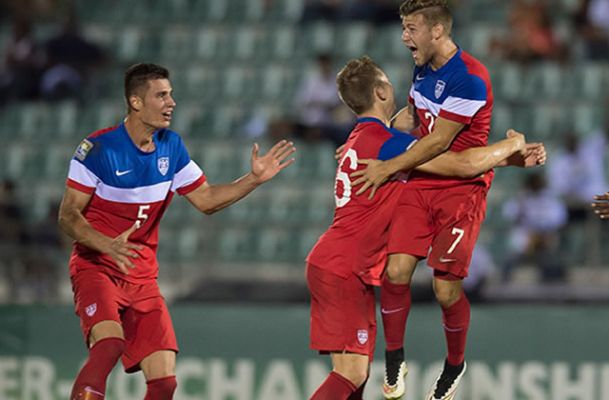