Would the Xoloitzcuintles hold on to its lead? Or would a surging Matrix team, with a player down, tie the match?

The Xoloitzcuintles held on to a 2-1 lead, prompting a loud roar from those on the Xolos Academy FC sidelines. It was an end to an intense match that had a Matrix player shown a red card in the second half of a closely contested match.

The first half featured a very close match that was mostly played at midfield with both teams trying to cause damage through the wings. But that changed when the Xoloitzcuintles made a key change at halftime. It brought in another striker for a midfielder and it sent its lines forward. The first goal scored by Damian Padron came on a counter attack.

The games once again tightened as Matrix looked to gain control of the ball. It remained a close match until Xolos Academy scored the game winner in the second half. Ricky Robles flicked a shot over defenders and ultimately flew over the Matrix goalkeeper’s head into the net for the game-winner. Things became a bit easier for the Xoloitzcuintles after that. The red card ejection happened soon after the second goal, leaving Matrix with 10 players. That created more open space for the Xoloitzcuintles who took advantage and control of the ball until the final whistle cut through the tension

The Under-14 White team is now 3-1-1 with 10 points in the standings. It faces Boxers SC next week in a Week 5 match up at Hilltop High. 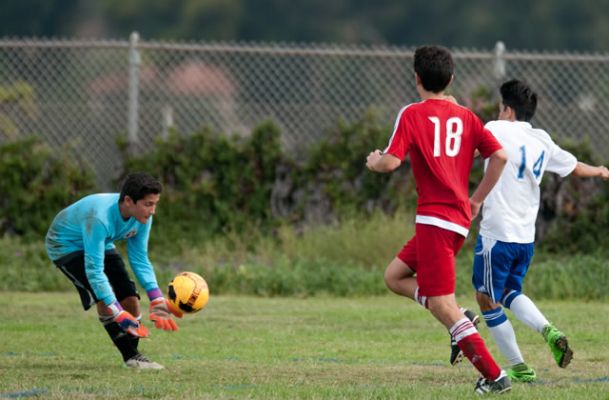