joe Corona and Gregory Garza play in US vs. Czech Republic friendly

The Xoloitzcuintles traveled to Prague this past weekend to join the rest of his national team teammates for Klinsmman’s first match of the 2018 FIFA World Cup cycle.

Corona was in the starting lineup and played 63 minutes before being subbed by Brek Shea. Garza made his debut with the senior national team when he came on for Timmy Chandler, also in the 63rd minute. Garza played in his usual left-back position.

Garza, 23, has been a stalwart for U.S. youth national teams for years, having featured from the U-14 level through the U-20s in 2011. He has drawn attention from Klinsmann over the last few months as Garza earned his way onto the Club Tijuana starting lineup at the left back position.

“For me, this is a complete dream come true,” Garza said about his first call up to the U.S. national team before leaving for Prague. “It’s an honor to represent my country. I was pretty much speechless when I got the call up. I looked at my wife and kid and I thanked God for being so fortunate that Klinsmann is giving me this opportunity.”

“It’s always a great feeling to be part of your national team and get the chance to represent your country,” said Corona, who has 11 career caps and two goals with the U.S. senior national team. “I’m always proud to be able to represent my country.”

Other young Xoloitzcuintles are also with national teams this week.

Paul Arriola, John Requejo and Fernando Arce are in Argentina as part of the United States Under-20 team camp. Coach Tab Ramos called the three Xoloitzcuintles. They joined the squad that is in an international training camp from  Sept. 1 to Sept. 10 as the team prepares for U-20 World Cup Qualifying in January 2015. The United States U-20 faces Argentina’s U-20 Sept. 9.

Club Tijuana’s Jose Alberto Garcia and Dilan Nicoletti were called to Mexico’s Under-21 national team for a camp in Mexico City by coach Raul Gutierrez. The Xoloitzcuintles will be there from Aug. 31 to Sept. 9.

Xoloitzcuintles Under-17 forward Brandon Vazquez was called to Mexico's national Under-17 team for its camp in Mexico City, starting Sept. 7. Brandon is part of "El Tri's" cycle preparing for the World Cup in Chile next year. 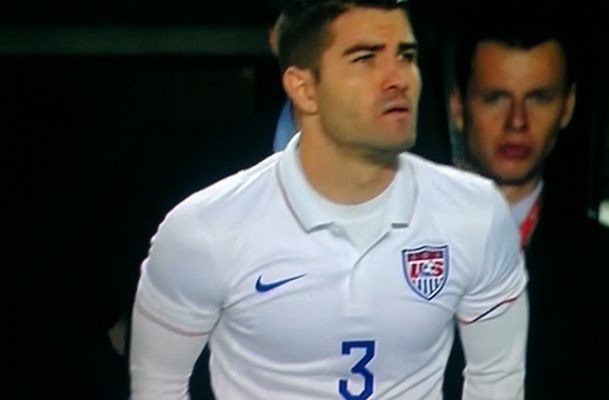