A MARCH FOR VETERANS

The Xoloitzcuintles once again showed its commitment to the community in the region by participating in the Otay Ranch Town Center Parade and Community Festival, celebrating Veteran’s Day in the United States. Xoloitzcuintles colors, Red and Black marched Saturday morning in the city of Chula Vista as the team’s official mascot Xolo Mayor and the team cheerleading squad the Xolo Girls lead the crowd into euphoria for those who attended the parade. Club Tijuana fans helped cheer from the sidelines.

Mini Xolos players along with their parents carried flags and yelled, “Go Xolos” as they marched down the street. Xolo Mayor and Xolo Girls later got together with fans to take photos in preparation of that night’s game against Atlas FC.

Club Tijuana, the team without borders a along with the Xolos Academy FC, believe in being part of the community and giving back. The Xoloitzcuintles family looks forward to bing part of such events on both sides of the border in the future. 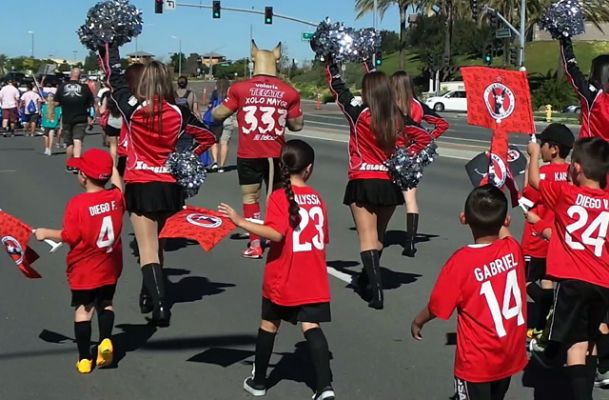 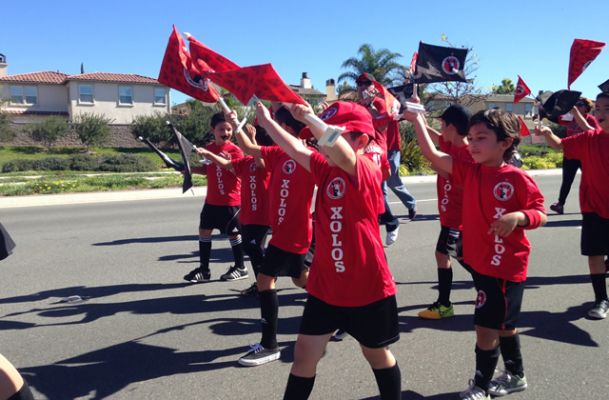