IN THE LAND OF THE RISING SUN 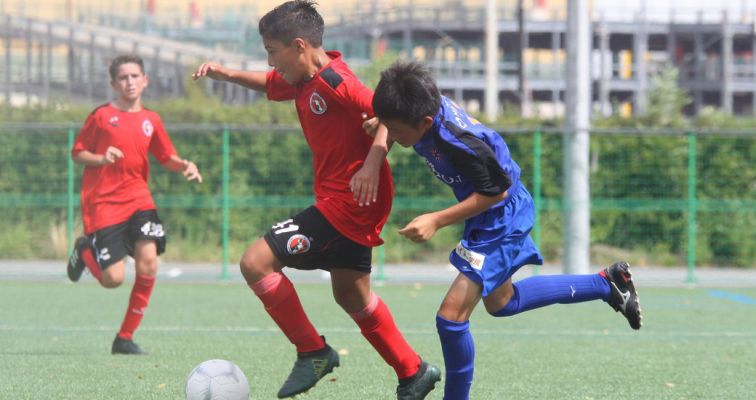 TIJUANA (Aug. 25, 2018) -Club Tijuana continues to reach milestones throughout the planet. This time, in Japan. The Xoloitzcuintles are representing the club, country, state and Tijuana/San Diego region in the U-12 Junior Soccer World Challenge.

And this group of young Xoloitzcuintles are in the semifinals where they will face FC Barcelona’s youth academy Sunday Aug. 26 (late Saturday Pacific).

The youth competition began Aug. 24 at the OFA Banpaku Football Center in Osaka. Club Tijuana won Group A with nine points after beating Omiya Ardija (Japan) 1-0 in the first group match. Angel Alvaradao scored the game-winner in the 10th for the Xoloitzcuintles in that match.

It also beat Soltilo World Select 1-0 in the second match. Omar Bastos (2nd minute) and Franky Oviedo (30th) scored for Club Tijuana in this game. Group play continued with a 1-0 win against Sanfrecee Hiroshima (Japan) with a goal by Victor Gonzalez (41st minute).

Club Tijuana continued the winning in the quarterfinals where it beat Nagoya Grampus of Japan 3-0. Sebastian Mendoza (3rd) and Diego Quezada scored (23rd and 26th) to help the Xoloitzcuintles into the semifinals against FC Barcelona.

England’s Arsenal and Japan’s JFA Training Center Osaka are in the other semifinal.

The young Xoloitzcuintles squad earned a spot in the international competition after winning the United States qualifier.

Club Tijuana youth teams director Ignacio Ruvalcaba spoke about the team that headed east prior to leaving for Japan.

“We knew we had the talent, the players and the coaching staff to perform well in that competition,” Ruvalcaba said. “We did it with the support of the club’s administration and of course, from all the parents.”

The players are away from parents but in good hands with Ruvalcaba and the staff that traveled to the Asian country.

“It is a great experience for our young ones, since they are so young they get to be part of this event,” Ruvalcaba said. “This is an extraordinary opportunity. To be able to take this group of young players to Japan is like no other.”

Ruvalcaba along with head coach Cruz Gutierrez prepared the team throughout the summer for the showcase event as the squad continues to develop for the future.

“This will be our next Under-13 squad,” Ruvalcaba said. “Imagine what this experience can be like for them to be far away from their families but with our support. It will be a phenomenal experience in many aspects. Phenomenal because of the culture, the way they’ll play, what we will experience and live there will be an experience worth living by these kids.”

The Under-12 World Challenge is a one-of-a-kind global tournament that players the opportunity to play on an elite stage against some of the most renowned youth academies in the world. Some of those include FC Barcelona, Manchester City, and Liverpool. This was the second year with a United States qualifying tournament. Club Tijuana earned the chance to represent North America in the 2018 final in Tokyo.

“The teams we are facing in Japan are very competitive squads,” Ruvalcaba said.  “They are quick and manage the ball well. That is what we are looking for. We want to face teams of that caliber and compete. It doesn’t help us to win games by blowouts. We want a strong competition so that our kids learn that it’s not easy on the field. Our vision is for them to compete and add to their growth.”

Part of the growing process is to learn to win away from home and in different environments. At least that’s how Ruvalcaba sees it for this team.

“We want to find a way to win a title. It doesn’t have to be about winning. I don’t want to say that it’s not important to win,” Ruvalcaba said. “But it’s important to do the right things and learn how to find those things that help us win. The kids have it clear. They know that if they work with what we have taught them, and then they can go after a title.” 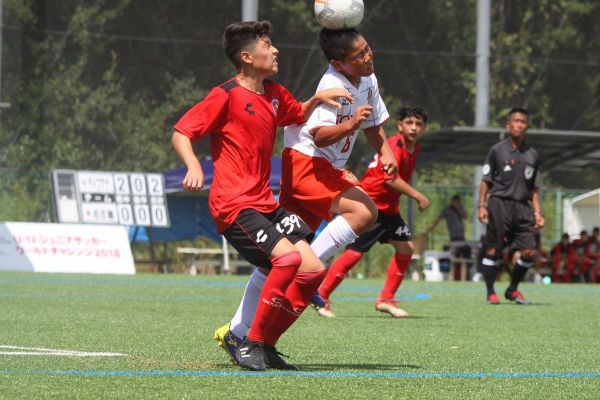