LIVING AN AMERICAN DREAM IN MEXICO

CHULA VISTA -Alejandro Guido became an important part of the Xoloitzcuintles’ Under-20 team the last couple of seasons. He was a regular starter who made a significant impact on the field for his team. That helped lead him to a spot with the first team on several occasions during the 2014 Clausura.

Guido credits his success to hard work and dedication but also credits the teachings he received while playing club soccer in San Diego County. He talks about the importance for young athletes to take advantage and join Xolos Academy FC in Chula Vista.

Here are a series of questions and answers with the Club Tijuana Chula Vista native midfielder:

Q: Where did you play your youth soccer?

A:  “Mostly in Chula Vista and the South Bay area my entire youth. I started when I was 9-years-old and played all the way up to the Under-15s. During that time I spent about two years with the Under-14 team, the U-15 and left to the residency program in Florida after that.”

Q: Why did you play club soccer?

A: “To get more competition. I wanted to play and get more games.”

Q: What things did you learn while playing club soccer?

A: “I learned a lot of discipline. I learned to be even more responsible having to cross the border to go to games when I lived in TJ. I lived there until I was 15 years old.”

A: “It was a hassle. But back then I thought it was the normal thing to do since I did it all the time. I’d wake up before 5 a.m. to get to school at 8 a.m. I went to the St. Rose of Lima School in Chula Vista.”

Q: Why do you recommend Xolos Academy FC?

A: “If I had that academy back then and was able to have the opportunity to be in a pro environment I think I would have been better. You don’t have to look for other clubs now. They bring the club to you in the U.S. It is a perfect opportunity to take advantage of.”

Q: Why should parents sign their kids to the Xolos Academy FC?

A: “It is run by professionals who have played the game and have been part of national teams. You are learning from the best.  You have to take advantage of it.  Not every club has that. The team is right across the border and you keep developing as a player and you have the chance to come to fuerzas basicas. I wouldn’t think about it if I were choosing a club.” 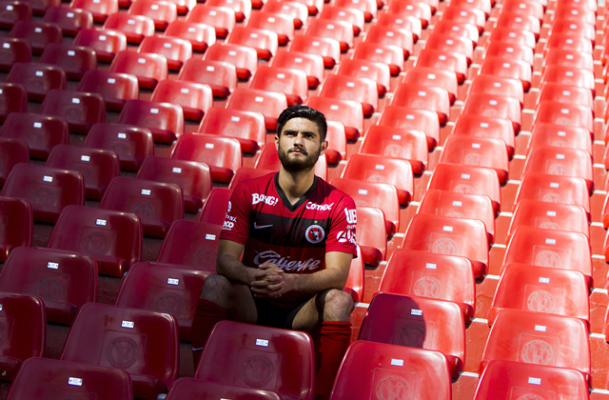