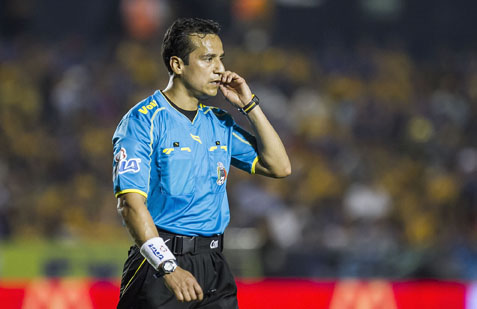 The length of break at halftime is five minutes. Added time is at the referee’s discretion and is not mandatory. Referees should attempt to keep all games on time.

SUBSTITUTIONS: Player Substitutions are according to FIFA with the exception that the number of substitutions is unlimited.

All substitutions may be made by either team, with the consent of the referee, at any stoppage of play.

When a player injured on the field requires attention, they must be substituted off the field of play, except if there are two players of the same team or the goalkeeper. Only the coach or trainer may attend to the injured player unless approved by the referee.

Excessive substitutions resulting in delay of game is unsporting and is discouraged. The referee has the power through the laws of the game to manage this type of behavior.

GAMES: The referee may abandon a match if there is an insufficient number of players to meet the requirements of the Law or the competition. If a team does not appear or if the field or any of its equipment do not meet the requirement of the Laws and/or are otherwise unsafe, the referee may abandon the match. An abandoned match will be treated as protested games which may be ruled complete, ordered re-played or continued from the point of stoppage.

The referee may terminate a match for reasons of safety (bad weather or darkness), for any serious infringement of the Laws, or because of interference by spectators. Games terminated before the commencement of the second half will be re-played in their entirety. Games terminated during the second half will be considered complete. Only the competition authority, not the referee, has the authority to declare a winner, a forfeit or a replay of the match in its entirety. The referee must report fully on the events.

Abandoned or terminated games may be ruled a forfeit, when the actions of that team’s players, coaches or spectators is the cause for the abandonment or termination of the game.

For more information and presidio league rules click on the link below: