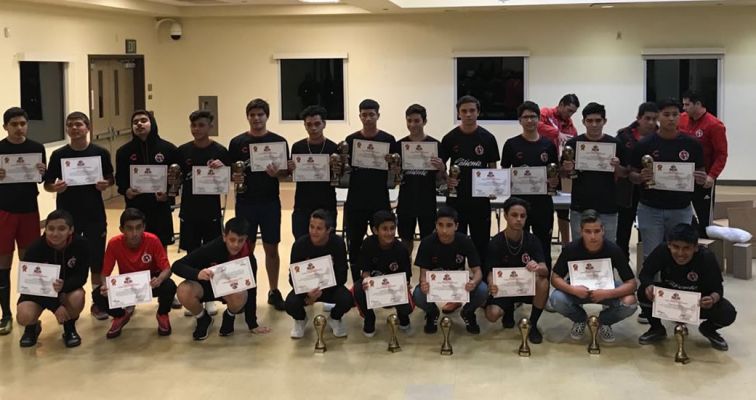 CHULA VISTA –Players from the Xolos Academy FC 2001 squad were honored for finishing the 2017 Presidio League season as champions in their category.

They received an honorable certificate during a recent assembly where parents and coaches praised the team for their efforts the last season. Academy Director Ramon Vazquez and Club Tijuana youth developmental director Ignacio Ruvalcaba handed out certificates to each player.

The B2003 category were also recognized for finishing in third place in the AA-A category. Congratulations. 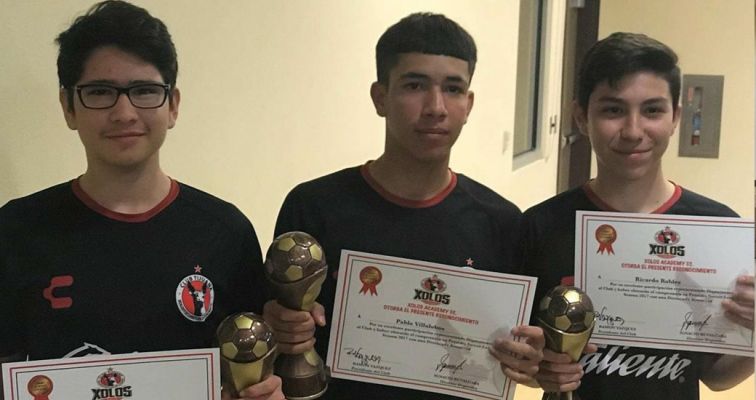