CHULA VISTA –What started as a slow-paced match turned into a flurry of goals, one that came in a spectacular manner for the Xolos Academy FC Under-16 team Saturday.  And it was all part of a 4-0 win against San Diego SC in the season opener.

Coach Matt Emmert’s team got first half goals from Mario Perez and a bicycle kick goal by Nauj Vega in the second half in the Presidio League season opener for both teams.

“It was a great start for us. The boys have been working very hard the last several weeks. It was kind of a slow start but once we got into our rhythm we started feeling more comfortable and began moving the ball around.”

The Xoloitzcuintles began to move the ball well after it managed to play with the ball out of the back feeding its midfielders. It also helped that those midfielders were able to connect with the team strikers.

Perez, a striker, sent his goal in from just inside the penalty box, striking the ball past the goalkeeper, diving to his right on his first score of the day.

Vega scored in impressive way as he leaped into the air, leaning back to strike the ball via a bicycle kick. His goal sparked a rumble of cheers from the crowd in attendance. It was a scene coach Emmert was not expecting to see.

“I’ve never seen that before. Only on TV,” said Emmert, who is in his first season coaching for Xolos Academy FC. “It was a spectacular ‘chilena.’ I didn’t see how it build up but the ball came into the box. I wasn’t expecting him to do that. He got into the air and did it.”

Emmert was not surprised by Perez’ goals. He has done it before with the team. Perez likes to think he’s a leader on the squad, leading by example.

“I want to help the others get better on the field,” Perez said. “I also want to play well so that Xolos coaches can come see me play and see what I can do.”

What the Under-16 team did was help coach Emmert earn his first win with Xolos Academy FC. Emmert moved with his family from Pennsylvania earlier this year to be part of the program.

“There are a lot more teams out here and so there is a larger range,” Emmert said. “Maybe there are some teams that don’t play at the highest divisions but are strong teams. It would be very competitive back home in Pennsylvania. I’ve been a little bit surprised how many quality players I’ve seen out here and a lot of teams. Every game we go in we know it will be a competitive team. It has been very enjoyable in that regard.” 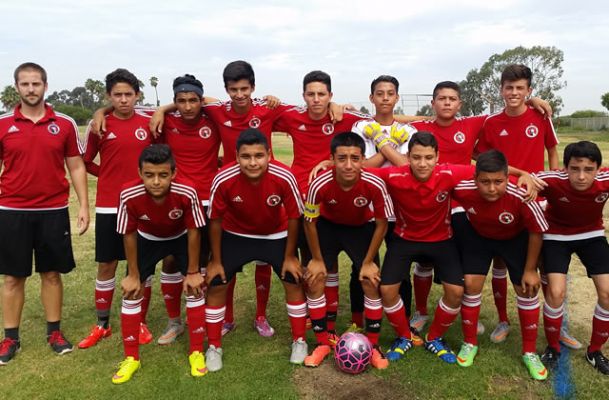 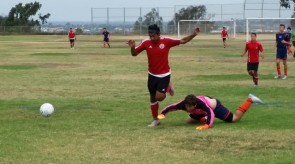 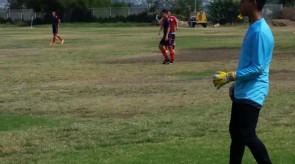 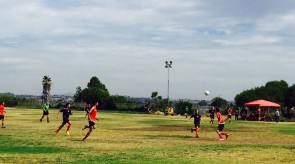