CHULA VISTA –It is that time of year again when Club Tijuana continues to look for its future stars. The Xoloitzcuintles’ Xolos Academy FC held its first day of tryouts Sunday at Hilltop High where it took players through several drills as coaches kept an eye out for talent.

Xolos Academy FC coaches began the first of two sessions with a warm up, dynamic exercises and agility drills for the group of players ages 8 to 11.  The morning session allowed those trying out to get a feel for what the Academy coaches will be teaching during the youth soccer calendar year.

Tryouts continued in the afternoon Saturday with a group of players ages 12 to 14. Tryouts will continue Monday at Hilltop High.

The academy is the only of its kind in California, having direct ties with Club Tijuana Xoloitzcuintles de Caliente of the Mexican First Division.

The academy and teams reflect the strategies and planning that the Mexican First Division team practices, giving our athletes the opportunity to be part of the Xoloitzcuintles family. Coaches from the academies teach the same or similar ideas used in the senior team for competition and development.

The academy teaches tactical, athletic and critical thinking skills along the way and our athletes have fun doing it. Tryouts are held throughout different categories. Most of our teams participate in highly competitive leagues, the Presidio and Coast Leagues are two of those. Our teams strive to allow our players the opportunity to gain a college scholarship or make a professional career out of their experience. The academy training not only focuses on the learning athletic skill to be a well-rounded soccer player but also an outstanding citizen off the field. It introduces young athletes to hard work, the ability to work in a group, to be dedicates and to be a responsible person. 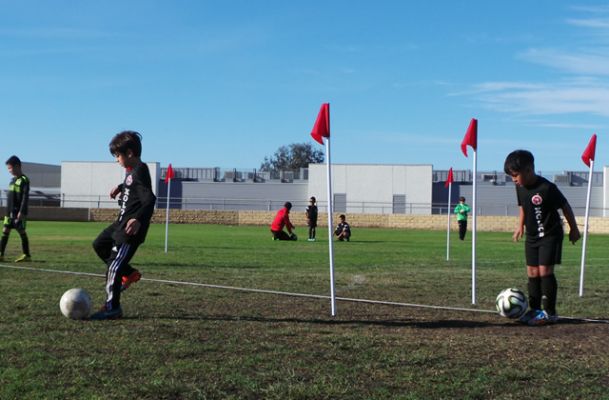