UNDER-15: XOLOITZCUINTLES BEAT PACHUCA IN WEEK 2

Ettson Ayon and Kevin Aviles scored for coach Oscar Escobar’s team while Sergio Gamez scored for the visiting Pachuca. Ayon opened up the scoring in the seventh minute with a shot from outside the penalty area. Aviles added the Club Tijuana second goal in the 55th minute with a blast from inside the area.

Pachuca was able to score in the 82nd minute but it was not enough. The win gives Club Tijuana four points in the Group 1 standings.

The Under-15 team will now visit Cruz Azul at the La Noria facilities in Mexico City Jan. 21. 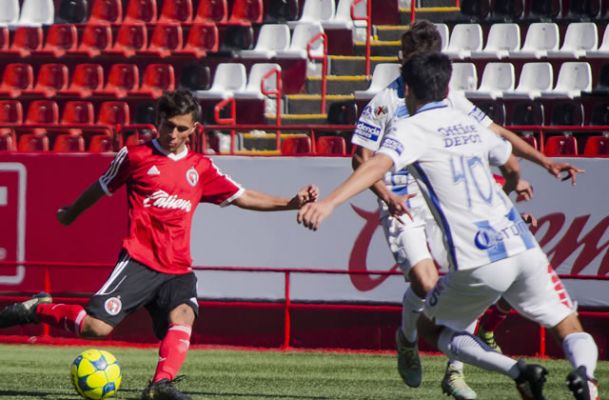