CHULA VISTA- Xolos Academy FC’s Under-14 team could not hold on to a two goal lead Saturday Sept. 27, giving up two second half goals in a 2-2 tie against Matrix at Hilltop High.

Jonathan Garcia scored for the Xoloitzcuintles, both coming in the first half. His first score came on a shot from outside the penalty area while his second came on an individual effort. He beat a couple of defenders as he dribbled the ball before sending in his shot.

“We were playing for first place,” Salinas said. “We didn’t get the result we wanted but we gave it all we got. I am proud of this team. The team did a great job. It was a very tight game. We learn from these types of games. We are going step-by-step, working towards the championship.”

Matrix cut the lead 2-1 early in the second half and tied the match on a free kick from just outside the penalty area. 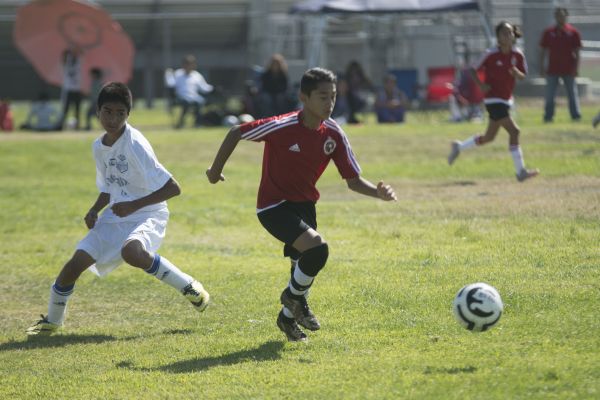