CHULA VISTA –Part of what could be the future of Club Tijuana was on display at Hilltop High School Tuesday night. More than 75 athletes took part in the Xolos Academy FC tryouts held Tuesday night as Club Tijuana’s academy is looking to fill its Under-15 and Under-19 squads.

Academy coaches took players through several warm up drills before taking them through several tactical exercises and working on ball control in specialized situations on different parts of the field. Goalkeepers worked separately on agility and coordination drills. Coaches then took the groups into a couple of scrimmages under the lights.

The tryouts continue Thursday April 16 from 6 to 8 p.m. also at Hilltop High School. Club Tijuana’s youth program director Ignacio Ruvalcaba led the tryouts with a handful of academy coaches participating in all aspects of the event.

“Let’s go, let’s stay focused and have a great practice,” Ruvalcaba instructed one group of players as they went through a dribbling and shooting drill. “This is where it all begins. Show us what you can do and we will help you reach your goals.”

The club’s Xolos Academy FC is looking for talent that could be part of the organization’s professional outfits in the future.

Xolos Academy FC is preparing for the upcoming 2015 Presidio League season and upcoming prestigious tournaments. Academy teams have access to playing against and with teams from Club Tijuana’s Fuerzas Basicas at the Estadio Caliente and CIX facilities in Tijuana. The Academy gives talented players a direct line to the professional teams in Tijuana while teaching the player the Xoloitzcuintles philosophy and game methods.

The academy and teams reflect the strategies and planning that the Mexican First Division team practices, giving our athletes the opportunity to be part of the Xoloitzcuintles family. Coaches from the academies teach the same or similar ideas used in the senior team for competition and development.

For more information about the tryouts and Xolos Academy FC call (619) 600-3792 or email infodesk@xolosacademy.com. 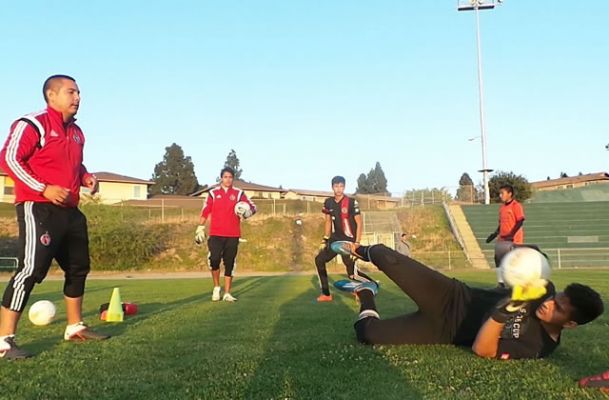