CHULA VISTA –Coach Luis Guerra and his Xolos Academy FC Under-13 squad are getting used to posing for photos with championship trophies and certificates.

The Xoloitzcuintles team earned another tournament title when it beat Temecula United 2-1 Dec. 7 in the championship match. Edu Tamayo (19th minute) and Jose Luis Alvarez (49th) scored for Club Tijuana in the match played in two 35-minute halves. It was the Under-13 team’s second straight tournaments win in two weeks. Guerra’s boys won the San Diego Thanksgiving tournament the week before.

“Winning Presidio Cup for my team represents a phenomenal accomplishment demonstrating that with perseverance, dedication and will to excel we can achieve our goals,” said Guerra. “It confirms that our Xolos development program is paying off and I am extremely proud to see how far this team has come from several months ago when we starting training. We have dedicated at least four days of training per week since the early Spring 2014 and it was evident by their tactical development and creativity of play. Our opponent Temecula United came prepared and fought fearlessly every minute of the final match. In the end we came out with a victory 2 to 1. It was certainly one of the most intense games I have seen my team play, I am very happy with the results.” 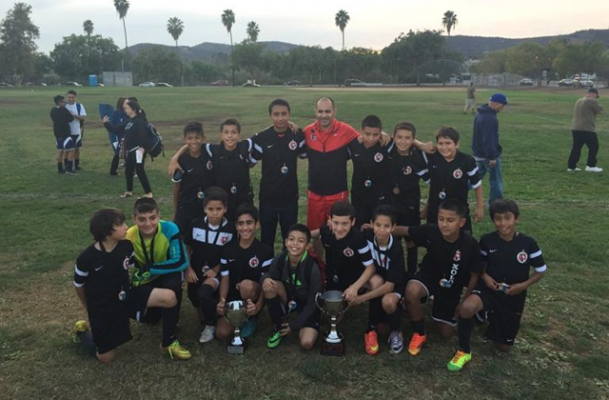