XOLOITZCUINTLES ARE PART OF HISTORY

TIJUANA –Joe Corona won’t forget the moment. He walked to the game official to hand in his substitute card. He looked up and saw the numbers on the electronic board: “15 Green, 10 Red.”

Corona, the Xoloitzcuintles midfielder, would come on in the 41st minute for Landon Donovan during a friendly against Ecuador last week. Corona and Donovan exchanged hugs. Donovan headed to the bench under a standing ovation while Corona jogged onto the field to get to work.

It was Donovan’s send off. It was his last match with the United States National Team. It marked the end of an era in United States Soccer that has been unmatched by any player in recent history. And Corona was part of it.

“It was a great feeling, very inspirational,” Corona said. “I just said congrats on everything. I told him he was a legend and he said, thank you ‘mijo’ and that’s it.”

As much as Corona will not forget that precise moment he will also use it as motivation heading into what could be a promising future at the national team level. Corona already as a handful of accolades with Club Tijuana: a LIGA MX title, a promotional title and the first goal in the team’s history as members of the Mexican Primera Division. With the national team, Corona has already reached some milestones. He won the Gold Cup last summer, scoring his first goals wearing the national team jersey. Coming on for Donovan in such especial occasion is another mark in his professional career.

“I think for me was in honor for me to be the one who got subbed in Landon’s last game,” Corona said. “It was a motivation for me to keep going as a player and trying to do whatever, everything Landon did. He is a great example of a very successful player, not only in his club teams but also on the men’s national team. He’s accomplished so much, for me to be the guy that got the honor to be his sub in his last game is a motivation for me to keep playing hard trying to follow his footsteps.”

Garza, Club Tijuana’s left back, was on the field when Corona came on for Donovan. Garza started and played 90 minutes in both United States friendlies against Ecuador and Honduras, respectively.

“I was pretty concentrated in the game, but it was a big a special feeling for Joe to take that place that Landon has left and that legacy that Landon has left,” Garza said. “I think Joe is a wonderful player that will get to do well enough to get to that point as well and I think Landon has paved the way for him and has really guided him the past years Joe has been involved in the national team.”

Both Xoloitzcuintles are coming off a busy two weeks with their national team in which they began to build a foundation under coach Jurgen Klinsmann as they prepare for the next World Cup cycle without Donovan. 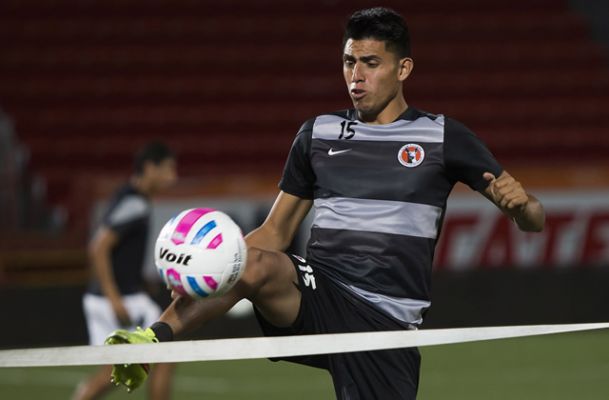