UNDER 14 UNBEATEN IN LAST FOUR GAMES

CHULA VISTA –Another week, another win for the Xolos Academy FC Under-14 Red team. This time it was a 6-2 win against visiting San Diego United at Hilltop High Saturday Sept. 26.

The Club Tijuana Xoloitzcuintles are now 3-1-1 into the third week of Presidio League play. The Under-14 team has not lost since the season opener against Rangers SC. The Under-14 squad took an early 2-1 lead and did not look back.

The team came into the match trying to be constant and maintain possession of the ball, communicate and be aggressive. Guerra’s boys were able to do that for most of the match.

But there are some things the team needs to work on.

“I was pretty satisfied with the team’s performance. We continue to work on our tactical work. We have a lot of room to grow but overall we did what we came here to do.

Guerra hopes his team can show a bit more improvement in the backline and be organized while defending. The Xolos were able to hold United to a pair of goals. Esteban Basave and Isaac Escamilla scored for the visitors. 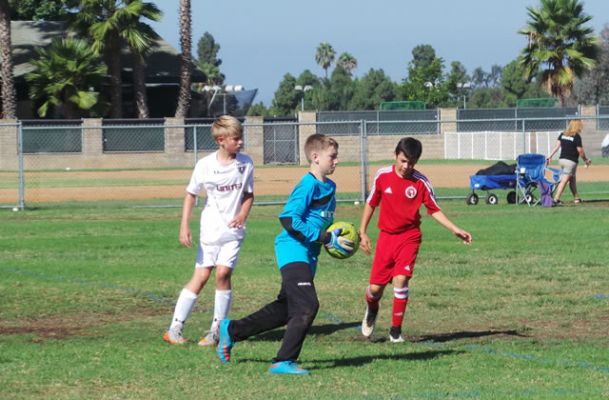